Explore and create fractal landscapes unlike anything seen before, in real time on an iPhone and iPad

In the autumn of 2011 I teamed up with Ben Weiss and Kai Krause (of MetaCreations fame who created Bryce, Painter, Poser, Goo and the KPT series of Photoshop plugins) and spent the next two and a half years working on an app for iPhone and iPad called Frax.

Ben and Kai had previously created desktop fractal software as part of KPT so the advent of the GPU accelerated iOS devices was an obvious opportunity to push forward the state of the art in interactive real time fractal generation.

The app has grown into something far bigger and more capable than what any of us expected. It has almost one hundred parameters that drive the render engine, around two hundred example presets, extensive built in documentation all beautifully illustrated, a large website with a community driven gallery for sharing presets, all linked to the Frax Cloud render farm for generating high-resolution images up to 50 Mpx…

For the launch in October 2013 MacWorld wrote an article on our team (including some cheesy photos!) and we've had some great reviews worldwide.

Explore the Frax website or download directly from the App Store.
The showcase section of the website shouldn't be missed to fully appreciate the quality and detail the app is capable of!

Frax gave us the rare opportunity to take a no-compromise approach on a project, ignoring all timelines, just trying to make it the best we can, and we hope it shows! 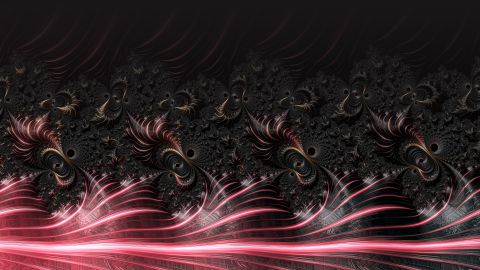